Myths About Ambulance Services You Should be Aware of 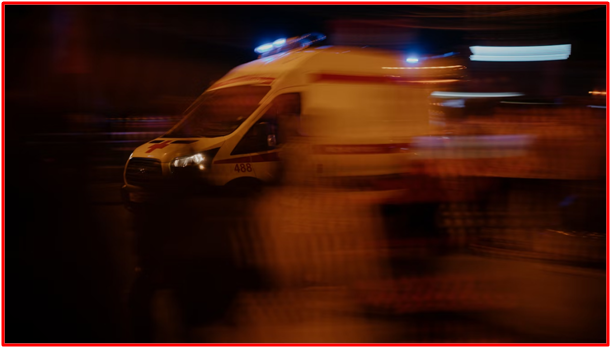 Due to their crucial role in connecting the patient with a medical facility, ambulances have now been incorporated into our daily lives.

The ICU Ambulance in Amritsar aims to either transport patients who require immediate medical attention, assuring effective treatment of the ailment, or organise the prompt transfer of the patient to the next level of care.

After technological advancement, we are also able to get an air ambulance service where the patient is transported by aircraft. Ambulances with wailing sirens have been seen speeding down the street.

However, it took many years to get to the current standards for ambulances, and the journey there was long and interesting.

To make this progress, they have advanced technologically step by step.

Although there is no precise documentation of when ambulance services began in India, the sector gradually reached a stable state in the nation.

In the past, India’s ambulance services were reliant on local governments, hospitals, or charitable organisations.

Ambulance services were not handled by specific divisions or firms.

Even though we have made significant progress in this area, we still cannot claim to be able to fulfil all the requirements.

Numerous public and private organisations have stepped forward to fill the need.

A select few NGOs also offer ambulances as a humanitarian service. Some businesses, like Life Link Ambulance, are solely focused on providing ambulance services to the nation’s most basic citizens.

The fastest-growing ambulance service in India is Life Link Ambulance, which provides all kinds of ambulances, including air ambulances.

It has already been stated that there is no specific date or time when ambulance services were first introduced in India, but Mumbai saw the first significant change around the middle of the 1980s.

It spread to other significant regions of the nation in much the same way.

The services allegedly took a remarkable step in 1991 when they began concentrating on a systematic approach and adopted the name Centralized Accident & Trauma Services (CATS).

In dealing with emergency medical situations across the nation, CATS continued to be the most crucial component of India’s Emergency Medical Services (EMS).

It changed how ambulance services were provided in India and made the services more sustainable.

The purpose of dial-108 was to provide connectivity between the three main emergency services through a single number.

The fact that there are separate phone numbers for the police, fire, and ambulance services—100, 101, and 102, respectively—could be confusing to people in an emergency.

People now find it simpler to remember a single number that unifies all emergency services thanks to the introduction of 108 in 2005.

In 18 states and 2 union territories, there is an ongoing partnership between the government and private organisations.

After gathering the required data, it acts as a middleman and connects the caller with the relevant department.

Calling for emergency services no longer causes issues thanks to the dial-108 service.

One only needs to keep in mind one number to contact all emergency services at one desk, eliminating the need to search for multiple numbers.

Ambulances have a long history, dating back to the 10th or 11th century in Europe. They became famous during World War II when they were used to transport wounded soldiers.

Later, it was switched to bullock carts, then wheels, and now we are surrounded by the most modern ambulances.

We can say that India’s development of a proper ambulance service was initially a legacy from other developed nations, but it has since propelled a reliable system.

The ambulance services in India are getting better over time thanks to organisations like Life Link Ambulance, National Ambulance Service 102, and Emergency Medical Service 108.